Until I went to the field study I was worried about going to land where Japanese could not communicate at all. But, I thought the two weeks was long to go actually went so quickly that it was regrettable to return to Japan.

The two weeks of staying in Australia was very fulfilling. The content of the field study included English conversation by a native teacher, a conversation session with UQ students, lectures and inspections on agriculture and economics. I felt the conversation with UQ students fresh, in particular. They talked to us in English as easily as possible using gestures and photographs when asking questions. Also, they listened to my slow English slowly and tried to understand desperately, so I enjoyed talking without nervous. Because they are of the same generation as us, the fact that celebrities popular in Japan are also known in Australia, Japanese favorite foods, tourist destinations in Australia and others were particularly exciting.

We went to various places in this field study, but the thing that is particularly remembered is the Sirromet Winery tour. We learned how wine was manufactured, how to put merchandise value and reach to customers. I knew for the first time that the price of the barrel containing wine and the scent differed depending on the barrel. Also, we tasted wine and learned the change of taste due to price difference.

Two weeks I spent in Australia was homestay. I was worried that there would be differences in culture and customs by spending two weeks together, but host mother was very kind and took us to the tourist spot on the day of free. She also taught me the way to university and popular tourist attractions. She tried to actively communicate during dinner that talked about famous Japanese foods and family members of each other. The most impressive thing is that, she will be asked what you want to eat when you go back to Japan at first, and I talking about wanting to drink miso soup, she bother to explore the recipe of miso soup and arrange the ingredients, it was very happy that she gave it to us at dinner. Miso soup made by host mother was delicious enough to compete between first and second in the miso soup we ate. It became an unforgettable memory for me.

The field study of the two weeks has become a very good experience for me. Until now, I was afraid to go abroad from that I do not understand English, and also there was a part I was scared when I was talked to. However, this time field study became a good opportunity to know that it is easy to communicate in English and foreign people tend to kindly when there are many gentle people who do not understand. I oppose to that would not improve my English if I thought that I might not be able to convey mean because I’m not good at English. I will try harder English by talking advantage of what I learned from field studies and experiences.

Then, I have productive days it was because I’m lucky to have such wonderful members who went with me in Australia for having been able to have fun for two weeks. At first I was worried about getting familiar with, but people who excitement and make people laugh and feel to talk to them deepened deeply, sometimes we going out for dinner together after UQ’s class. It was a lot of fun while we were talking on the move and during meals. I am sincerely wondering if I was good at participating in the field study in the strong two weeks that I felt every day was fulfilling. 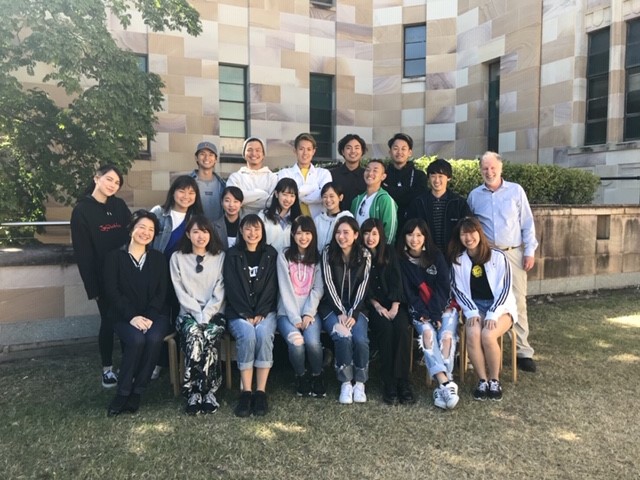